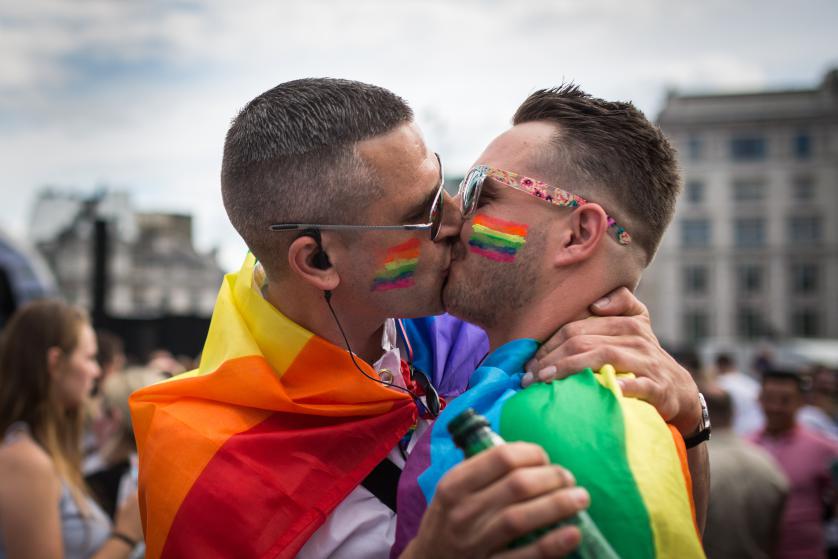 LONDON, ENGLAND – JUNE 27: A couple kiss in Trafalgar Square after the annual Pride in London Parade on June 27, 2015 in London, England. Pride in London is one of the world’s biggest LGBT+ celebrations as thousands of people take part in a parade and attend performances at various locations across the city. (Photo by Rob Stothard/Getty Images)